"The Lady or the Tiger?", a famous short story
written by Frank R. Stockton in 1882.

The semi-barbaric King of an ancient land utilized an unusual form of administering justice for offenders in his kingdom. The offender would be placed in an arena where his only way out would be to go through one of two doors. Behind one door was a beautiful woman hand-picked by the king and behind the other was a fierce tiger. The offender was then asked to pick one of the doors, without knowing what was behind it. If he picked the door with the woman behind it, then he was declared innocent but was also required to marry the woman, regardless of previous marital status. If he picked the door with the tiger behind it, though, then he was deemed guilty and the tiger would rip him to pieces.

One day the king found that his daughter, the princess, had taken a lover far beneath her station. The king could not allow this and so he threw the offender in prison and set a date for his trial in the arena. On the day of his trial the suitor looked to the princess for some indication of which door to pick. The princess did, in fact, know which door concealed the woman and which one the tiger, but was faced with a conundrum - if she indicated the door with the tiger, then the man she loved would be killed on the spot; however, if she indicated the door with the lady, her lover would be forced to marry another woman, a woman that the princess deeply hated and believed her lover has flirted with. Finally she did indicate a door, which the suitor then opened.

At this point the question is posed to the reader, "Did the tiger come out of that door, or did the lady?" The question is not answered, and is left as a thought experiment regarding human nature.

From its publication and surprise ending, "The Lady, or the Tiger?" has come into the English language as an expression, meaning an unsolvable problem.

"I, Abraham Lincoln, do solemnly swear that

I will faithfully execute the Office of President

of the United States, and will to the best of

my Ability, preserve, protect and defend the

Aoccdrnig to a rscheearch at an Elingsh uinervtisy,

it deosn't mttaer in waht oredr the ltteers in a wrod are,

the olny iprmoetnt tihng is taht frist and lsat ltteer is

at the rghit pclae.

Hi, this is Tim Berge.

Time to take a look at today's ultraviolet index for the island.

According to the most recent UVI predictions from

Taking a look at the weather forecast for today,

they tell us thundershower activity north, center and south

with the highs of 34 in the north, 33 in both the center and south.

How are you doing? 你好

What are you into? 你對什麼感興趣？

What are you up to? 最近怎麼樣？ 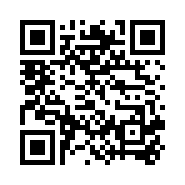